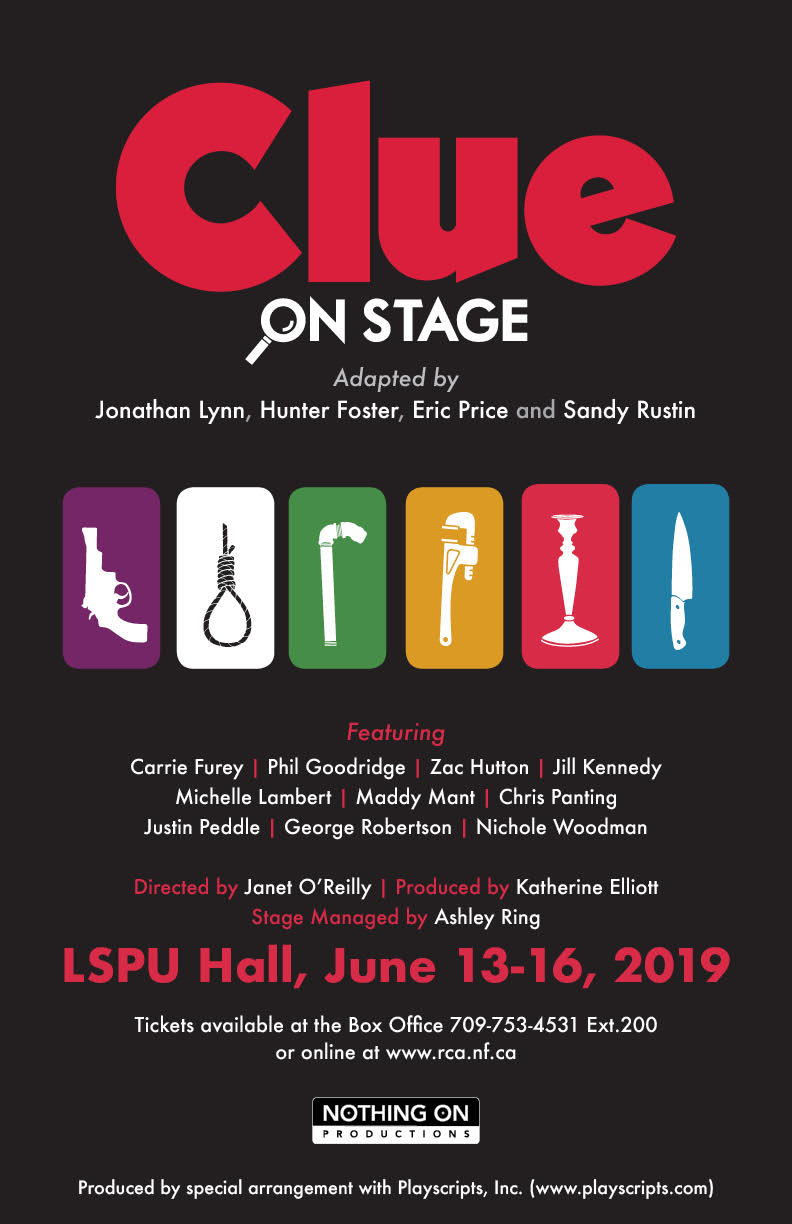 Nothing On Productions presents: CLUE: On Stage

Based on the cult classic film and the popular board game, Clue is a madcap comedy that will keep you guessing until the final twist. It’s a dark and stormy night, and you’ve been invited to a very unusual dinner party. Each of the guests has an alias, the butler offers a variety of weapons, and the host is, well . . . dead. So whodunnit? Join the iconic oddballs known as Scarlet, Plum, White, Green, Peacock, and Mustard as they race to find the murderer in Boddy Manor before the body count stacks up.